The Constitutional Right to Health Care that Only Prisoners Have

The Constitutional Right to Health Care that Only Prisoners Have 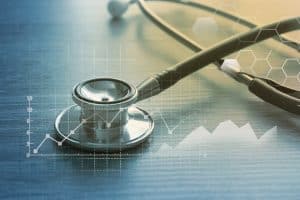 Constitutionally, citizens have no right to health care. There have been laws passed and programs instituted that give us access to healthcare, but for most of us, healthcare is an option, not a right – with one notable exception.

The New Yorker recently profiled a 30-year old named Jeremy Laintz whose fortunes turned when he began abusing opioids. He then became addicted to heroin, was arrested and booked in a Colorado jail which had contracted out its health care services to a for-profit company located in Denver. While in jail, Laintz developed some health complications. Despite numerous requests by him and his parents, it took an extremely long time for the Laintz to be seen by a local hospital. Once there, he was diagnosed “dehydration, sepsis, pneumonia, and acute renal and respiratory failure,” which led to doctors putting him in a medically-induced coma. He underwent “multiple procedures, including the partial removal of a lung. He also lost part of six toes to gangrene.”

Laintz has brought a lawsuit against the county and against the outside medical care company for failing to attend to his medical needs. His case, while extreme, is not unique: In other states, there are class actions lawsuits against correction health care companies, too, often for the same types of complaints. Advocates often argue that this type of negligence by correctional facilities is in direct violation of the Eighth Amendment – and that is what we want to look at, here.

The current standard in cases by inmates against the government for improper medical care was established in the case of Estelle. v. Gamble. In that case, J.W. Gamble, an inmate, filed a complaint when his back pain (due to a 600-pound bale of cotton falling on him) was not properly treated. In the Estelle case, Justice Thurgood Marshall, “writing for an eight-to-one majority, found that ‘deliberate indifference to serious medical needs of prisoners’ was indeed inconsistent with Eighth Amendment guarantees, and ordered that Gamble’s care be reëvaluated.”

While Gamble never benefited from the Supreme Court ruling (he was ruled to have received proper care), his case means that, currently, “the incarcerated are the only people in America with a constitutional right to health care.”

How inmates ended up with more rights than law-abiding citizens

Since the Estelle decision, the American Medical Association has been working to improve health care for inmates. Many lawsuits also followed the decision. These cases led the courts to change the standard of healthcare for inmates to – the right to adequate care “at a level reasonably commensurate with modern medical science.”

We could write a book on the problems associated with outsourced health care for inmates. The New Yorker reported that the two large healthcare providers who provide correctional health care services are defendants in over 1,500 cases alleging negligent and subpar treatment. Clearly, this is a serious issue that needs to be addressed.

We also do not question the validity of the Eighth Amendment; no one should be subjected to cruel and unusual punishment. But stories like these raise an important question: namely, why do some groups of people seemingly have more rights than others?

At Carey Law Office, we believe in upholding the laws on behalf of our clients. If you have been charged with a crime in Maryland, or if you have been denied health care while in jail or prison, we want to help. To speak with a highly respected criminal defense lawyer, please call 301-464-2500 or fill out the contact form to schedule a confidential consultation at our office in Bowie or Crofton.