The Drug Crisis in Our Prisons Is Different Than You Think

The Drug Crisis in Our Prisons Is Different Than You Think 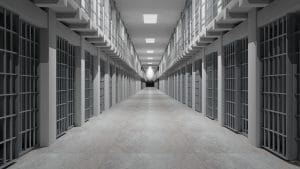 The Baltimore Sun reported that a Maryland woman was charged with trying to smuggle hundreds of strips of a drug that treats opioid addiction into the Eastern Correctional Institution on the Eastern Shore. The Department of Public Safety and Correctional Services says they saw her “toss two blue packages containing the drugs [buprenorphine] over the visiting room wall in the western compound.” After posting $20,000 bond, she was released pending the processing of the criminal charges starting with a preliminary hearing.

The woman is far from the first person to be charged with smuggling treatment drugs into the prison. Just last month, a former corrections officer “pleaded guilty to federal racketeering charges and admitted to smuggling buprenorphine and synthetic cannabinoids into the prison for two years.” Other officers have also been charged for smuggling crimes; eighteen people were convicted of smuggling drugs into the Jessup Correctional Institution, according to the Maryland State Prosecutor’s Office.

The scope of the problem

Another report by the Baltimore Sun states there were 1,848 overdose deaths in Maryland in the first nine months of 2018. Many of these fatalities are caused by fentanyl/heroin mixes. Given the influx of these drugs, it is no surprise that many people are in prison because they have addiction problems. The addiction leads to crimes to try to pay for their addiction, or crimes involving the drugs themselves.

Per the Sun, recent attempts to help people leaving prison get treatment through Medicaid insurance are failing. Maryland health officials tried to help prisoners who were leaving jail get temporary Medicaid cards. The state sought federal permission to cut through some of the red tape.

According to the general counsel for Community Oriented Correctional Health Services, a national advocacy group, the state hasn’t used the authority it was granted. The state says that the authority isn’t needed because those leaving prison can sign up directly as long as they’re eligible. Advocates for the prisoners claim the efforts to enroll prisoners directly is falling short. They say that many of the prisoners who leave need time to complete the eligibility requirements – such as obtaining proper identification – and that the stopgap eligibility program would save lives.

The executive director of the nonprofit Behavioral Health Leadership Institute says that her program, which pays a pharmacy $111 per person for buprenorphine, sees about 24 people a week. She says more would likely use her program if “the state would enroll people in Medicaid from the mobile facility, as it did in the past, or use its authority to sign more up temporarily from jail.”

Maryland’s Governor, Larry Hogan, had previously declared a state of emergency over the opioid overdoes. His office “recently announced a five-year, $378 million plan to build a therapeutic treatment center attached to the Baltimore jail.” Maryland was one of the first US states of offer prisoners on opioids a methadone treatment program, but only prisoners who could show they were already in treatment were eligible.

At Carey Law Office, we fight aggressively to keep defendants out of jail, and to direct them to the drug treatment programs they so desperately need. We argue every legal and factual point that applies to your case. Often, we are able to negotiate a plea agreement. For help with any drug charge, call our drug defense attorneys in Bowie or Crofton 301-464-2500, or complete our contact form.