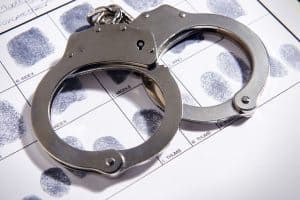 If you’ve been charged with assault in Maryland, you may have many questions about the charges and the judicial process. The legal team here at Carey Law Office has put together some common and general questions and answers for your convenience, and we urge you to contact us if you need assistance.

What are the types of assault crimes in Maryland? There are two types of assault – first degree and second degree. Reckless endangerment is not considered assault, but is a form of conduct that creates risk of injury to another person.

What is first-degree assault? First-degree assault is more serious. A person is charged with assault in the first degree if he or she attempts to cause or intentionally causes serious physical injury to another person. Any time a firearm is used in an assault, it’s automatically upgraded to first-degree.

What if I am arrested for assault but the victim wants to drop the charges or fails to show up for court? There may be instances where tempers run high with a friend or family member; things get physical, and the authorities show up. By that point, everyone may have calmed down and the people involved no longer want to press charges. Many times people don’t understand why they are arrested anyhow. Or want to know why charges aren’t dropped if the victim doesn’t show up for court.

This is because once a person is accused of assault, the police will typically charge that person. Once it goes to court, however, it’s in the hands of the State prosecutor, which is why it’s crucial you consult an experienced criminal defense attorney. Assault cases don’t go away on their own, or just because the alleged victim does not want to go forward with the case.

If you’re facing an assault charge, talk to the criminal defense attorneys at the Carey Law Office right away. Our lawyers are skilled, tenacious, and ready to fight for you. Let us help. We have offices in Bowie and Crofton, and are proud to serve clients who reside in Anne Arundel County, Prince George’s County, and the neighboring areas. Please call 301-464-2500 or fill out the contact form to arrange a free consultation.