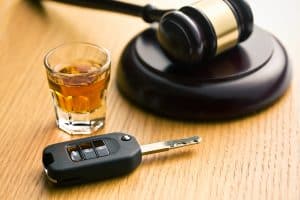 Normally, the police cannot stop and/or search a person unless they have reasonable grounds to believe a crime has been committed. Under the law, law enforcement officers should obtain a warrant before arresting anyone, or searching them or their property. However, cases involving suspicious of driving under the influence are treated a bit differently.

The police do still need reasonable grounds to stop any driver for DUI. Examples of reasonable grounds include observing a driver speed, swerve into another lane, drive the wrong way down a one-way street, or do other maneuvers that suggest the driver doesn’t have control of the vehicle.

Generally, officers who detain a driver suspected of violating the DUI laws first give the driver a set of field sobriety tests. If the driver fails any of these field tests, the officer can, pursuant to Maryland’s implied consent law, give the driver a breath or a blood test.

What is the implied consent law in Maryland?

If the police have reasonable grounds to stop a driver, they can perform certain tests without waiting to obtain a warrant. The reason the police can conduct these tests is Maryland’s implied consent law. The key parts of the law are:

All drivers or operate a vehicle on a highway or private property that the public uses are deemed to have consented (with some exceptions) to take a “test” if they are detained on suspicion of driving under the influence of:

The use of alcohol/drugs should indicate that the operator could not drive the vehicle safely. The test that can be used is either a breath or a blood test.

Can I refuse a breath or chemical test?

Under Maryland law, the police can’t physically force you to give your breath or take blood from you. Usually, the police will try to take a breath test at the location where they first stopped the driver. They can also ask the driver to submit to a blood test, usually at the police station or a medical facility.

The implied consent law gives the driver the right to refuse the breath or blood test, as well as the field sobriety tests – but there are consequences imposed by the Motor Vehicle Administration. The officer will explain that if the driver refuses the test, his/her license can be suspended, for a first offense, for 270 days. You can also face fines of up to $500, and potential jail time. Additionally, the refusal to take the chemical test can be introduced in the trial for DUI.

If the driver held a commercial driver’s license (CDL), the refusal can result in the disqualification of the CDL license for one year for a first offense and for life for a second or subsequent offense.

Can you help me challenge my license suspension?

At Carey Law Office, our DUI defense lawyers in Bowie and Crofton have been helping the accused for nearly four decades. We work to get evidence of breath and blood tests suppressed. We contest the police’s assertion that they had authority to stop you. We assert all your defense rights. For help now, call us at 301-464-2500 or use our contact form to schedule an appointment.