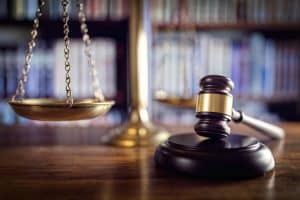 A new bill aims to help victims of sex-trafficking help clear their names so their convictions can’t be viewed by the public. Sex-trafficking often requires that the victims, many underage, commit other crimes such as drug crimes in addition to prostitution and sex-related offenses. Prior attempts to modify Maryland’s sex trafficking laws have been stymied. For many victims, clearing their record of the sex-related crimes doesn’t help clear their name of the non-sexual charges.

The Baltimore Sun gave an illustrative example of woman with a passion for teaching about beauty. She lost her job when someone researched Maryland’s criminal records database, and discovered that she had a criminal record. The woman had been forced, while a minor, to have sexual relations in return for money and drugs for her mother. She was convicted of prostitution, indecent exposure, theft, and drug possession. The woman has struggled to find new employment. Her testimony and advocacy helped inspire the new Maryland legislative proposal.

The Maryland General Assembly is set to review the True Freedom Act of 2019. Per the Baltimore Sun, the bill “would allow courts to remove certain convictions such as drug possession and misdemeanor theft if they were a result of a victim’s human trafficker. It would also make the process of removing convictions easier by allowing a victim to petition to remove convictions without the approval of the state’s attorney.”

The bill does have some amendments that clarify what evidence is needed to approve vacating the conviction. The amendments also include a way to allow state’s attorney to “fast track” approvals.

Currently, Maryland is one of the worst states in the country for expunging the criminal records of sex trafficking survivors, according to a study done by the University of Baltimore School of Law and several other organizations. Maryland ranks near the bottom because it doesn’t offer relief for the full range of offenses that are due to sex trafficking and because the state’s attorney’s office must first authorize the relief.

In 2011, Maryland did pass a law (only the second state in the country to do so) to provide relief for prostitution convictions. Advocates, though, said without clearing the related offenses, the victim’s ability to get and keep a job will still be in jeopardy.

When the woman in the Baltimore Sun story found out that she could remove the prostitution conviction, she didn’t bother because of everything else on her record. Many victims of sex-trafficking crimes never mention, when they are charged with crimes, that their actions were due to sex-trafficking. They don’t mention that sex-trafficking was involved because of fears about their safety.

Sex-trafficking victims deserve better. Most who commit criminal offenses do so under threats and acts of violence. At Carey Law Office, we fight to have sex crime and other offenses dismissed – by trial or through negotiation and advocacy. For help with all aspects of your criminal case, including expungement petitions, call us at 301-464-2500 or complete our contact form to make an appointment. Our offices are located in Bowie and Crofton, and we represent clients throughout Maryland.