Do I Have to Go to the Police Station to Answer Questions?

Do I Have to Go to the Police Station to Answer Questions? 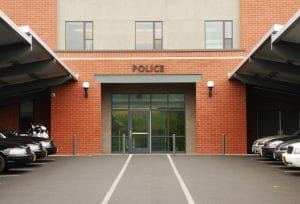 Do you have to speak with the police at the police station? Many people think the answer is “yes” because that’s what people on TV crime dramas do. Fortunately, the real world doesn’t follow TV scripts. Unless you are being arrested for a crime, there is normally no requirement that you go to the station with the police. The better alternative is to ask to speak with your criminal defense lawyer. The lawyer can explain your rights and explain if there is any reason you should go with the police.

The Fifth Amendment to the US Constitution provides, in part, that no person “shall be compelled in any criminal case to be a witness against himself, nor be deprived of life, liberty, or property, without due process of law; nor shall private property be taken for public use, without just compensation.”

However, if you are not being arrested, then the police normally don’t have to explain your Fifth Amendment right to refuse to answer questions. Often, police will stop short of arresting you for this very reason. They hope you’ll say something that places you at the scene of a crime or shows your culpability – and then arrest you.

The general right to say no to questions

If the police ask to speak to you about a crime at your home, on the street, or at the station, you do have the right to refuse. There may be exceptions such as providing identification information. For example, if you are in a car accident or you are stopped for speeding, the police do have the right to ask to see your driver’s license.

If you’re not involved in a crime, you still may get into trouble by giving an answer that is confusing to the police. Just saying that you’re “not sure” can raise a red flag in the police officer’s mind. If you were involved, in some way, in criminal activity, then you certainly don’t want to be talking with the police on your own.

If the police have a warrant but you’re not home when they stop by your house, a family member may inform you that the police want you to go to the police station. Instead of going to the station, you should call your lawyer who can verify if there is an arrest warrant.

Suspect versus a witness

It really doesn’t matter if the police view you as a witness (someone who can give provide useful information) or a suspect (someone the police think may have committed a crime). If the police are investigating a crime, you should ask to speak to your lawyer first. There are many cases where innocent people have been coerced into making statements that were then used as the basis of an arrest. Many people who are charged with crimes may have told the police something that can hurt them.

If you are charged with a crime, your reputation will be hurt, and you will need to make defending the criminal charges a priority. If you are convicted of a crime, you can be sent to jail or prison, and ordered to pay large fines. You may lose your job and your relationships with family and friends will be altered.

At Carey Law, we’ve been advising defendants, suspects, and witnesses since 1981. We understand your rights and the rights of the police. Before you speak with the police about anything, call us immediately. We’ll guide in you the right direction. If the government tries to use any answers or statements you gave them against you, we’ll work to suppress them. For help now call, 301-464-2500 or use our contact form to schedule an appointment with an experienced criminal defense lawyer in Bowie or Crofton.