When Can a Juvenile Be Tried as an Adult?

When Can a Juvenile Be Tried as an Adult? 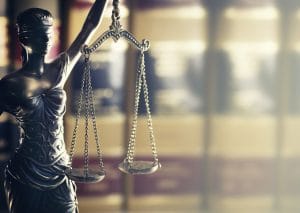 States usually try juveniles differently than adults for many reasons. States treat young people who commit crimes differently because they recognize that children should be given time to mature. Many children commit nonviolent offenses such as shoplifting or underage drinking without realizing the full consequences of their actions. The aims of the juvenile system are to:

The presumption in Maryland is that a juvenile 16 years of age or younger should be tried as a juvenile. Sixteen is the general age limit, even though children don’t legally reach the age of majority until they turn 18.

The presiding judge can authorize a transfer to adult court if the judge has statutory authority. The decision to try the juvenile is normally then at the discretion of the judge. The judge will consider such factors as:

Once a juvenile is tried in adult court, all subsequent offenses will be treated as adult offenses.

Which crimes can lead to being tried as an adult?

The “main” ground for trying a juvenile as an adult is the crime that was committed. The following crimes will normally land a juvenile in adult court, in Maryland:

As a general rule, juvenile proceedings are confidential. This means that if a juvenile is later tried as an adult, the rulings in the juvenile court can’t be used in the adult court. Also, employers and colleges generally cannot see any juvenile court records.

A new bill proposed in the Maryland Senate aims to further protect juveniles. The Baltimore Sun reported that the bill, which already has the approval of Maryland House of Delegates, would give juveniles tried as adults some of the protections juveniles normally receive when tried in juvenile court. The main protection is that any videos or photos of the juvenile would stay confidential. In the age of social media, just one photograph or video of a juvenile can stay public for the rest of the person’s life.

Experience matters. At Carey Law Office, our criminal defense lawyers have been fighting for defendants for nearly 40 years. We use legal argument and every persuasive argument to convince judges that your child should be tried as a juvenile. We’re experienced at developing rehabilitation plans designed to set your child on the right track. For help with any criminal charges against your child, call our Bowie and Crofton offices at 301-464-2500 or use our contact form to schedule a free consultation. We represent juveniles and adults throughout Maryland.