Do Tests Exist That Prove Someone Was Driving Under the Influence of Narcotics?

Do Tests Exist That Prove Someone Was Driving Under the Influence of Narcotics? 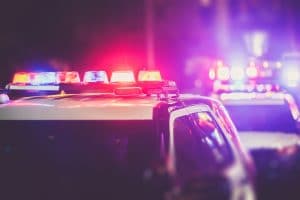 It’s standard procedure in drunk driving cases to give drivers field sobriety tests and breath tests. If the police obtain a warrant, they can also demand that the driver submit to a blood test.

The rules are different for drivers suspected of driving under the influence of narcotics. For starters, there is no breath test for detecting drugs in someone’s system.

If the police officer suspects a driver was operating his/her vehicle while under the influence of any drug, narcotic, over the counter medicine, or prescription – whether legal or not legal – the police may still use standard field sobriety tests to determine whether or not the driver appeared to be under the influence of drugs. Under Maryland law, you can refuse to participate in these tests.

Blood tests are generally the most reliable method for testing the types and amounts drugs in a person’s body, though urine tests may also be used. Because of Maryland’s implied consent laws, you may be forced to submit to these tests, but only is you have been legally stopped for suspected drunk or drugged driving.

Both blood and urine tests can be challenged on:

A key difference between tests for drugs, narcotics, and medicines and test for alcohol is the question of how much is too much. In alcohol cases, if your blood alcohol content is .08 or more, you can be found guilty of a DUI. In drug cases, there is no numerical limit. Whether you are convicted for driving while impaired by a drug depends on the type of drug, the amount, and your ability to drive safely. This may also require the State to bring in an expert witness to testify against you.

The best defense to a license suspension due to a DUI is to obtain a dismissal or acquittal of the original DUI charge. In some cases, a plea bargain can be obtained which drops the DUI charge in return for the driver pleading guilty to specific traffic offenses. Our MVA hearing lawyers fight to defeat the prosecutor’s case before it gets to the MVA hearing stage. We also work aggressively to show that there are legal or factual reasons why your license should not be suspended. For help with any DUI charge or MVA hearing, phone Carey Law Office at 301-464-2500 or use our contact form to schedule an appointment. We have offices in Bowie and Crofton.