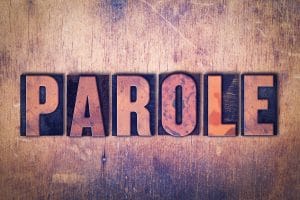 Parole is a method for a prisoner to be released from prison before he/she has completed his/her full sentence. Parole is determined in Maryland by the Division of Parole and Probation. It is a way of reducing the prison population and rewarding good behavior in prison. Parole may be granted only after there is parole hearing. Parolees are required to comply with numerous conditions while they are released. If they violate the terms of the parole, they will be subject to a parole violation hearing, and they could be sent back to prison.

The Maryland Department of Public Safety and Correctional Services defines a parole hearing as an interview with the offender where the aim is to gather information about the prisoner, to have input from the victim, and to review the existing criminal record of the offender. Generally, a hearing officer conducts the hearing and then makes a recommendation to a Parole Commissioner. In serious cases, such as a life sentence or any type of homicide, two Commissioner will conduct the hearing.

The possible outcomes of a parole hearing are:

Can an offender be paroled the same day as the parole hearing?

No. Any prisoner who is approved for release is subject to specific conditions, including a home plan. Many prisoners will need to complete specific programs before they are released.

What is a Mutual Agreement Programming (MAP) negotiation?

A MAP is an agreement/contract between the offender the and the Division of Correction and the Parole Commission. If offenders meet pre-release conditions (conditions that must be met while the prisoner is in custody), then they are given a guaranteed future release date.

What post-release conditions must the potential parolee meet?

Prisoners who are released must meet specific conditions from the date of their release through the end date of their sentence. According to Justice Policy, the parolee must:

Additional conditions may be ordered including meeting with the parole officer on a regular basis.

What factors are considered when granting or denying parole in Maryland?

According to the Maryland Department of Public Safety and Correctional Services, the Parole Commission considers the following when making decisions:

What is a parole violation (revocation) hearing?

If a parolee is alleged to have violated parole, he/she may face two hearings. The first is a revocation of parole hearing. The second is a hearing on any new criminal charges.

The parolee does have numerous rights at the revocation hearing, including the right to:

There are other additional rights and defenses an experience parole violation lawyer can assert.

At Carey Law Office, an experienced Bowie and Crofton criminal defense lawyer fights to obtain acquittals and dismissals of charges. We fight to obtain the least severe sentence possible. We represent offenders at parole revocation hearings and at any hearings on the new charges. To discuss any phase of a criminal case, call us at 301-464-2500 or complete our contact form to schedule an appointment.