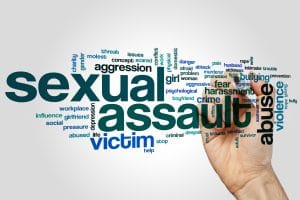 Back in early May, the U.S. Department of Education issued a series of new standards that govern how educational institutions are to implement Title IX. These revamped regulations are a complete overhaul from the previous administration’s regulations as it concerns policies and procedures about sexual assault and harassment allegations. Universities and other institutions of learning are placed under a different set of responsibilities when handling these claims.

In 1973, Title IX was instituted. The law prohibits sexual discrimination in all educational institutions. The previous Administration instituted changes in 2011, which stopped federal funding to schools that do not comply with the changes. This forced many schools to modify their procedures and processes for addressing sexual harassment and assault grievances, or risk losing federal funding. At that time, the administration conveyed its change in policy from the Bush Administration to about 4600 colleges and universities in a “Dear Colleague Letter.”

A number of feminist scholars, in addition to conservatives, have criticized the 2011 rule changes of Title IX, arguing that they were heavily weighted on the side of the accuser instead of applying a more balanced and fair approach between the two parties. The regulations applied at that time discouraged universities and colleges from offering the accused the right to know the identity of witnesses or the ability to interrogate the accusers. Often, under the new standards, much of the evidence used against the accused was not available to the accused. The standards also defined sexual harassment in the broad sense of any person exhibiting “unwelcome conduct of a sexual nature.”

Also incorporated into the 2011 rule changes was the designation of one person who was to function as detective, prosecuting attorney, judge, and jury. In addition, instead of using the “clear and convincing” standard of proof, the revised regulations opted for a “more likely than not” standard, a considerably lower standard to determine guilt.

Harvard Law School professor Janet Halley, who teaches sexuality and gender issues, viewed the 2011 rule modifications as dangerous and excessive, leading to arbitrary and unjust results in the system.  She told the New York Times “The new system is vastly better and fairer.” Professor Nancy Gertner, a former federal judge and lecturer at Harvard Law, agrees that the new rules are more just: “I’m a feminist, but I’m also a defense attorney who recognizes the importance of due process. These are fences I’ve straddled all my life.” Even Supreme Court Justice Ruth Bader Ginsburg took issue with the old Title IX standards, asserting they would infringe on due process and fair hearings for the accused.

The current Administration’s rules on Title IX, issued by the Department of Education, offers protections for those accused of sexual harassment and assault on educational campuses. These are often young men who, when accused, are faced with other serious disciplinary measures or expulsion from the school.

There is a limitation on how the new regulations may be applied. Only those who have participated or have attempted to participate in a schools education program may file an official sexual harassment or assault complaint. The new regulations may only cover allegations against a person in the United States. This makes the number of formal investigations universities and schools must conduct under the law significantly less than under the previous rules.

Before the Department of Education modified the rules regarding Title IX, educational institutions were only required to deal with allegations of sexual harassment and assault in an equitable and prompt fashion. The Clery Act, another federal law, provided additional governance regarding the handling of sexual abuse, assault, stalking, domestic violence, and dating violence cases, and the disciplinary processes related to them. The revamped Title IX regulations infuse a number of additional requirements universities and other schools are to abide by as they deal with and implement disciplinary actions for these cases.

If you have been accused of sexual harassment or assault at a university or other educational institution, you could be facing serious consequences, even with the new regulations in place. Carey Law Office will fight to uphold your rights, and to protect your future. To set up a free consultation, give us a call today at 301.462.2500 or complete our contact form. We serve Bowie, Crofton, and the surrounding areas.