Maryland Residents Are More Concerned about Safety than Other States’ Residents

Maryland Residents Are More Concerned about Safety than Other States’ Residents 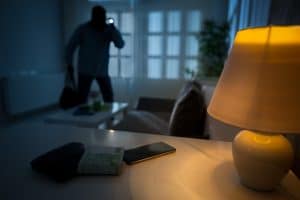 For the last six years, SafeWise has compiled a list of the safest cities in each state. Their rankings are based on the FBI’s crime statistics data and population data from the US Census. This year, the 10 safest cities were:

According to a 2020 State of Safety survey, though, “63% of Maryland residents are highly concerned about their safety every day.” The national average for resident concern over personal safety is 46% – 17 points lower.

Marylanders’ biggest fear (in terms of crime) is being robbed on the street, SafeWise found. Those responding to the survey indicated they feel this is the crime most likely to happen to them.

Nearly 6 in 10 expressed significant concern about becoming the victim of robbery on the street. This compares to nearly 4 in 10 having the same concern throughout the nation. Nearly half of Maryland residents think getting robbed on the street is the most likely crime they would experience.

But according to survey data, the most commonly reported crime in Maryland is assault – not robbery. Assault accounts for 58% of all reported violent crimes in Maryland; robbery accounts for 34%. Interestingly, the percentages of assaults in the 10 “safest” cities in Maryland is higher than the statewide average (65%), and the percentage of robberies is lower (28%). It appears that all Maryland residents are worried about the “wrong” violent crimes.

There is a difference between robbery and other theft crimes. With robbery, a person steals something directly from another person, using actual violence or the threat of violence to do so. Theft (generally speaking) does not involve other people directly. Thus, holding a clerk at gunpoint while stealing money from the register is robbery, but stealing items from a shelf is not.

Penalties for robbery in Maryland

The penalties for robbery in Maryland are quite serious. This offense is charged as a felony, and the penalties are different based on whether a weapon was involved. Those convicted can face between 15 years in prison (no weapon involved) and 20 years in prison (weapon involved), thousands of dollars in fines, and the loss of certain rights even after the prison term is finished. A felony conviction can cost you the right to carry a gun, to apply for government assistances (including federal loans for education), and a professional license.

If you are facing a robbery charge in the state of Maryland, attorney Joseph Carey of Carey Law Office is here to protect your rights and build the strongest possible defense on your behalf. To arrange a consultation about your case in Bowie or Crofton, call us today at 301.464.2500 or send us a message through our contact form.