Does the Chief Judge of the highest court of Maryland have the legal authority to suspend a Statute of Limitations in the Maryland Code due to a health emergency for an entire community?

Does the Chief Judge of the highest court of Maryland have the legal authority to suspend a Statute of Limitations in the Maryland Code due to a health emergency for an entire community? 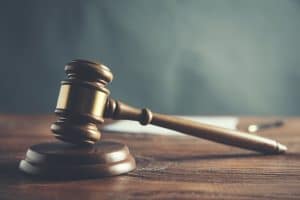 Although we have never been in this situation before, I would say that the answer is probably yes.

The Court of Appeals from time to time shall adopt rules and regulations concerning the practice and procedure in and the administration of the appellate courts and in the other courts of this State, which shall have the force of law until rescinded, changed or modified by the Court of Appeals or otherwise by law.

Therefore, the argument is that the Court can extend limitations deadlines through its rule-making power, as it already did in Rule 1-203(a) which states:

Last month, the Court of Appeals adopted Rule 16-1003 on an emergency basis last month which provides as follows:

Upon a determination by the Chief Judge of the Court of Appeals that an emergency declared by the Governor or an event within the scope of Rule 16-1001(b) significantly affects access to or the operations of one or more courts or other judicial facilities of the State or the ability of the Maryland Judiciary to operate effectively, the Chief Judge, by Administrative Order, may, to the extent necessary:

If you have questions about how the current court rulings can affect your case, I am here to answer those questions. Contact Carey Law Office today to schedule a remote consultation: please call 301-464-2500 or use our contact form to schedule an appointment.