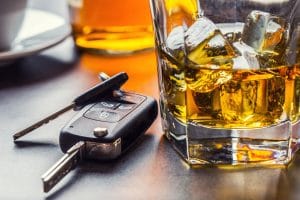 Though the COVID-19 crisis has forced people to stay at home or limit their activities, there are still many drivers on the road. Police in Montgomery County and throughout Maryland are targeting drivers for speeding, DUIs, and other traffic offenses. Conviction for a DUI can result in prison time, substantial fines, loss of driving privileges, increased insurance premiums, and other consequences.

The Patch reported that between May 18 to May 24, Rockville Barrack state troopers in Montgomery County arrested 10 people for drunk driving. The people arrested were all be 25 and 49 years of age.

Between May 25-31, another 14 people were arrested for DUI in Montgomery County.

Why Montgomery County officers are so aggressively targeted DUI offenses

Another law, “Alex and Calvin’s Law,” was enacted in 2016 after two Thomas Wootton High School graduates died in a crash following an underage party. The law targets adults who host parties where alcohol is served to minors. Adults who violate that law can face jail time and have to pay a $5,000 fine.

The number of drunk driving arrests even led the County to form an Alcohol Holiday Task Force in 2018. The Task force runs for 8 weeks, targeting drunk drivers between November 13 and January 5. In 2018, it arrested 323 people; in 2019, that number of 288. The Task Force focused on:

The effect of coronavirus on DUI arrests and license suspensions

Given Governor Hogan’s stay-at-home orders, the number of drunk driving arrests across Maryland dropped in April and May, but they didn’t stop entirely. What the virus did stop, however, were the courts. Montgomery County Circuit Court is now starting Phase 2 of its reopening, which means DUI proceedings are back on the socket: literally. All hearings will be held remotely, so if you are scheduled for court, your case will likely be heard. You can check the Maryland Judiciary Case Search for your ticket number to see when that hearing will be held.

The state is also starting to reopen branches of the Motor Vehicle Administration, including those in Montgomery County, but you must make an appointment ahead of time. If you have already served out your time for your license suspension, you can request a duplicate license online and avoid the MVA altogether.

At Carey Law Office, we strive to have your DUI charges dropped entirely. We have been fighting for the rights of defendants accused of drunk driving for nearly 40 years. To speak with an experienced DUI lawyer in Bowie or Crofton, call us at 301-464-2500 or complete our contact form to make an appointment.